Home › Photo of the Moment › Dramatic Sky Over Barbados

Tom Adkinson Posted on July 13, 2019 Posted in Photo of the Moment No Comments 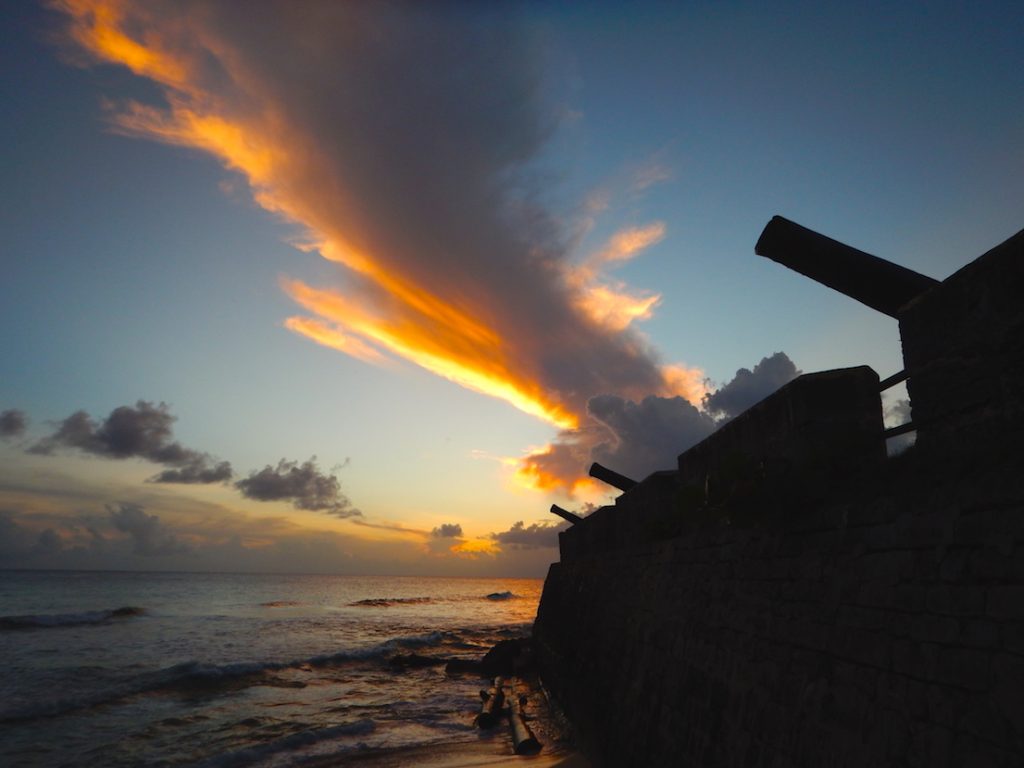 BARBADOS, West Indies – A dramatic Caribbean sky seems to recall when Charles Fort helped protect this British outpost in the era of exploration and colonization. Charles Fort, built in 1650, actually predates the creation of the Kingdom of Great Britain (1707) and is one of 20 forts and 26 artillery batteries strategically placed around Barbados, an independent nation since 1966. The fort, part of a UNESCO World Heritage Site, is on the grounds of the Hilton Barbados Resort. (Photo by Tom Adkinson)