Tom Adkinson Posted on October 28, 2018 Posted in Photo of the Moment No Comments
(Photo by Tom Adkinson) 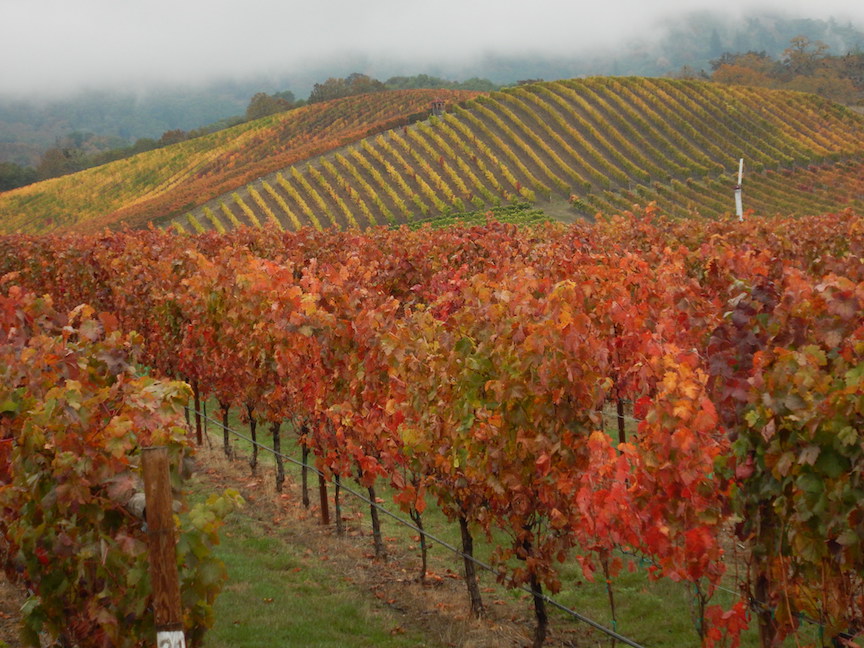 ROSEBURG, Ore. – Shades of red and yellow mix with lingering hints of green on the hillsides of the Abacela Winery and Vineyard in Southern Oregon’s Umpqua Valley. Winemaker Andrew Wenzl says the grapes throughout the 77-acre vineyard were harvested by mid-October and that leaves will remain on the vines until just after first hard freeze. Owners Earl and Hilda Jones created this vineyard in the mid-1990s because they felt the terrain and climate mirrored those of Spain, and they wanted to raise the stature of wines from Spain’s tempranillo grape. Tempranillo vines are in the foreground, and cabernet sauvignon and other varieties are on the slopes behind. Use Abacela.com, TravelOregon.com and SouthernOregon.org to plan a visit. (Photo by Tom Adkinson)